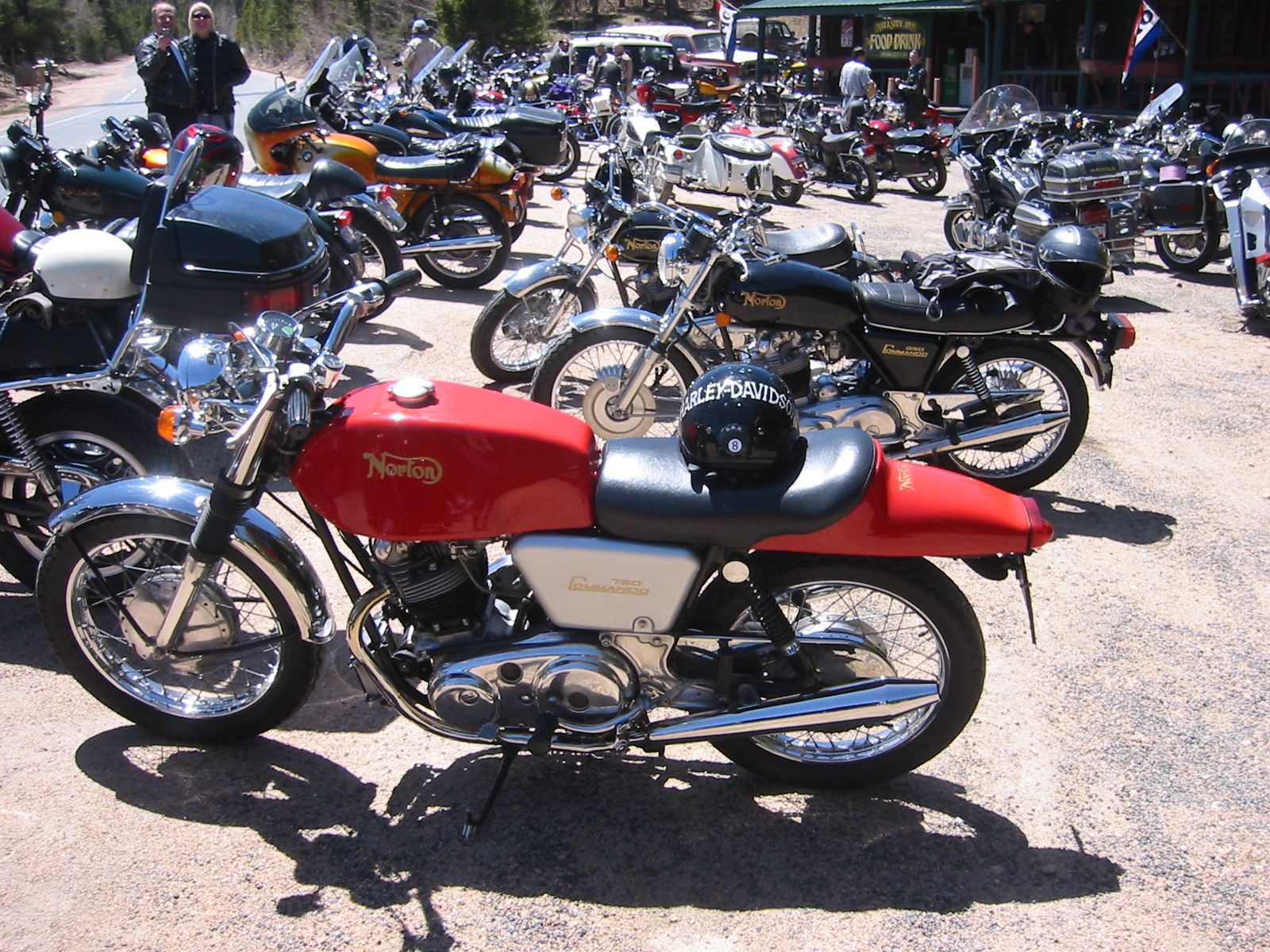 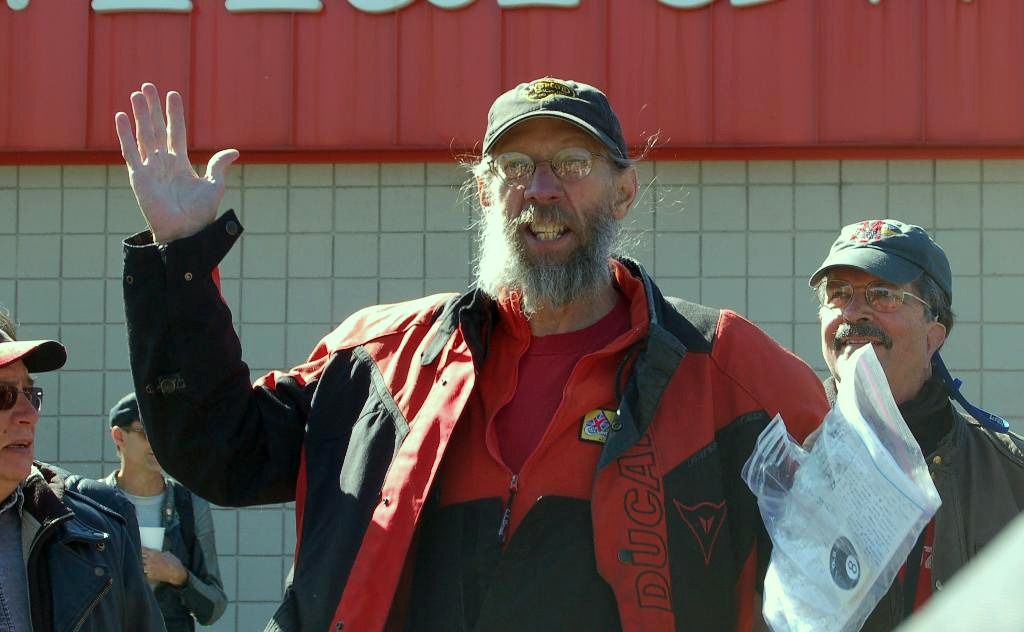 This annual event was begun by Bob Ohman in the early 2000s. In recent years Norton Colorado provided Bob with logistical support. Bob died September 9, 2021, but we are trying to maintain the tradition in his honor.

The purpose of the Old Bike Ride is to encourage people to bring out their old motorcycles and ride them. American, British, Italian, German, Russian, Chinese, motorcycle, scooter, sidecar, concourse original or hideous mongrel, any engine capacity, we do not care as long as it’s old enough. The approximately 95-mile route takes us over some of the finest motorcycling roads of the Front Range. The Old Bike Ride is open to anyone riding a motorized vehicle with less than four wheels made in 1980 or earlier. We also honor people who refuse to quit riding just because they got old, so a rider over the age of 75 can ride whatever they want to, dammit.

Except for this Extremely Important Exception:

We are trying to encourage more riders of the female persuasion to get involved in vintage motorcycling. Therefore, since OBR13 and until further notice, women of any age are welcome to participate while riding (not as a passenger) a motorcycle or scooter of any age. Ladies, here’s your chance to ride with a choice collection of the crustiest old motorcyclists you could ever imagine! This is not a race. Everyone rides at their own pace and, to quote the old song, “never is heard, a discouraging word” about the mechanical preparation of one’s machine or one’s rate of forward progress, cornering abilities, or navigational skills (no one could be worse than Jerry Pokorny). We’d really, truly like you to join us.

In honor of Paul Swenson, departed Sidehacker Extraordinaire we also open the OBR to anyone of any age riding a sidecar of any age.

As in recent runnings of the Old Bike Ride, the special decals commemorating this event will not be issued until the lunch stop.

The ride will start from the same location in downtown Golden as recent years: the large parking lot behind the old Foss Drugstore, one block west of Washington Ave on 13th Street. Maps will be distributed to qualifying riders starting at 8:00 AM. Rider’s Meeting at 9:15. The ride will start at 9:30 sharp.

The route for OBR19 will be the same as in the last few years, a roundabout path from Golden to Nederland, the lunch stop. The ride to Nederland is expected to take about 2 hours. The route back to Golden will take about an hour. Maps and directions will be handed out at the rider’s meeting. There are several dining options at the lunch stop so that you can select the establishment that best meets your fiscal and dietary needs. The ride will end at the Golden City Brewery beer garden (920 12th St.), about one block from where we begin. You’re responsible for paying for your own food and drink. We expect to arrive back in Golden around 2 PM.

There are several places along the route where gasoline can be purchased, but it is highly recommended to start the OBR with a full tank. We do not ride as a pack. The motorcycles always spread out as people ride at different paces, and often stop for a break for one reason or another. We have one planned stop on the first leg, soon after leaving Golden. The leaders will pull into the parking lot of the Buffalo Bill Museum on Lookout Mountain briefly, to make sure everyone is running smoothly.

There are multiple coffee/dining establishments within one block of the parking lot, all of which will be open by 7:30 at the latest on Sunday:

We will be accompanied by a truck towing a trailer in case of mechanical or personal distress.