Like a number of Norton Colorado members, Mike came to us from the BMW club. Even though he bought and rode a Commando, he always seemed to remain primarily a BMW rider. No one cared. His great good humor and sparkling style quickly made him one of the most popular members of the club. Mike would disappear from club activities for months at a time when he became involved with a new woman, but he always turned up again, often with a new wardrobe and appearance. People always thought he was much younger than he was, and his death from a particularly aggressive form of cancer seemed especially unfair for someone so full of life. 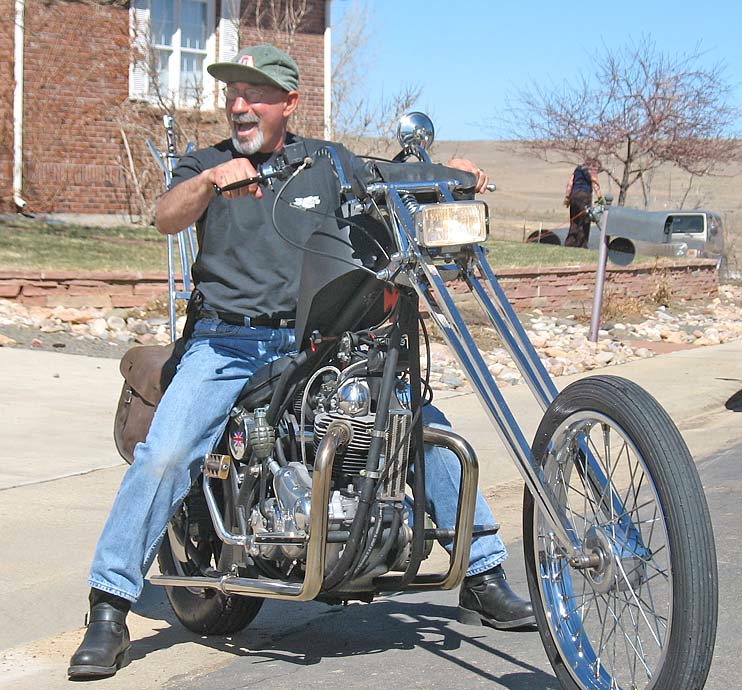